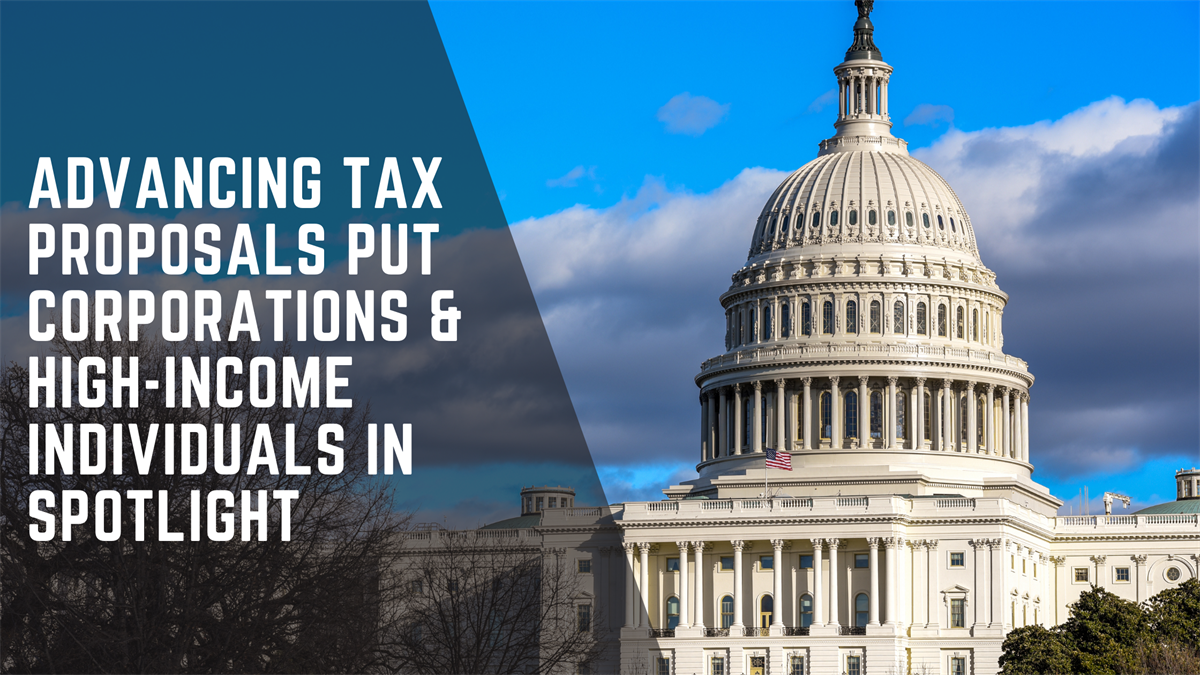 On Saturday, September 25, 2021, the House Budget Committee voted to advance a $3.5 trillion spending package to the House floor for debate. The House Ways and Means Committee and the Joint Committee on Taxation had previously released summaries of proposed tax changes intended to help fund the spending package. Many of these provisions focus specifically on businesses and high-income households.

Corporations would be subject to a graduated tax rate structure, with a higher top rate.

Personal service corporations would pay tax on their entire taxable income at 26.5%.

Top individual income tax rate. The proposed legislation would increase the existing top marginal income tax rate of 37% to 39.6% effective in tax years starting on or after January 1, 2022, and apply it to taxable income over $450,000 for married individuals filing jointly, $425,000 for heads of households, $400,000 for single taxpayers, and $225,000 for married individuals filing separate returns. (These income thresholds are lower than the current top rate thresholds.)

New 3% surtax on income. A new 3% surtax is proposed on modified adjusted gross income over $5 million ($2.5 million for a married individual filing separately).

Roth conversions limited. In general, taxpayers can currently convert all or a portion of a non-Roth IRA or defined contribution plan account into a Roth IRA or account without regard to the amount of their taxable income. The proposed legislation would prohibit Roth conversions for single taxpayers and married taxpayers filing separately with taxable income over $400,000, $450,000 for married taxpayers filing jointly, and $425,000 for heads of household. [It appears that this proposal would not be effective until 2032.]